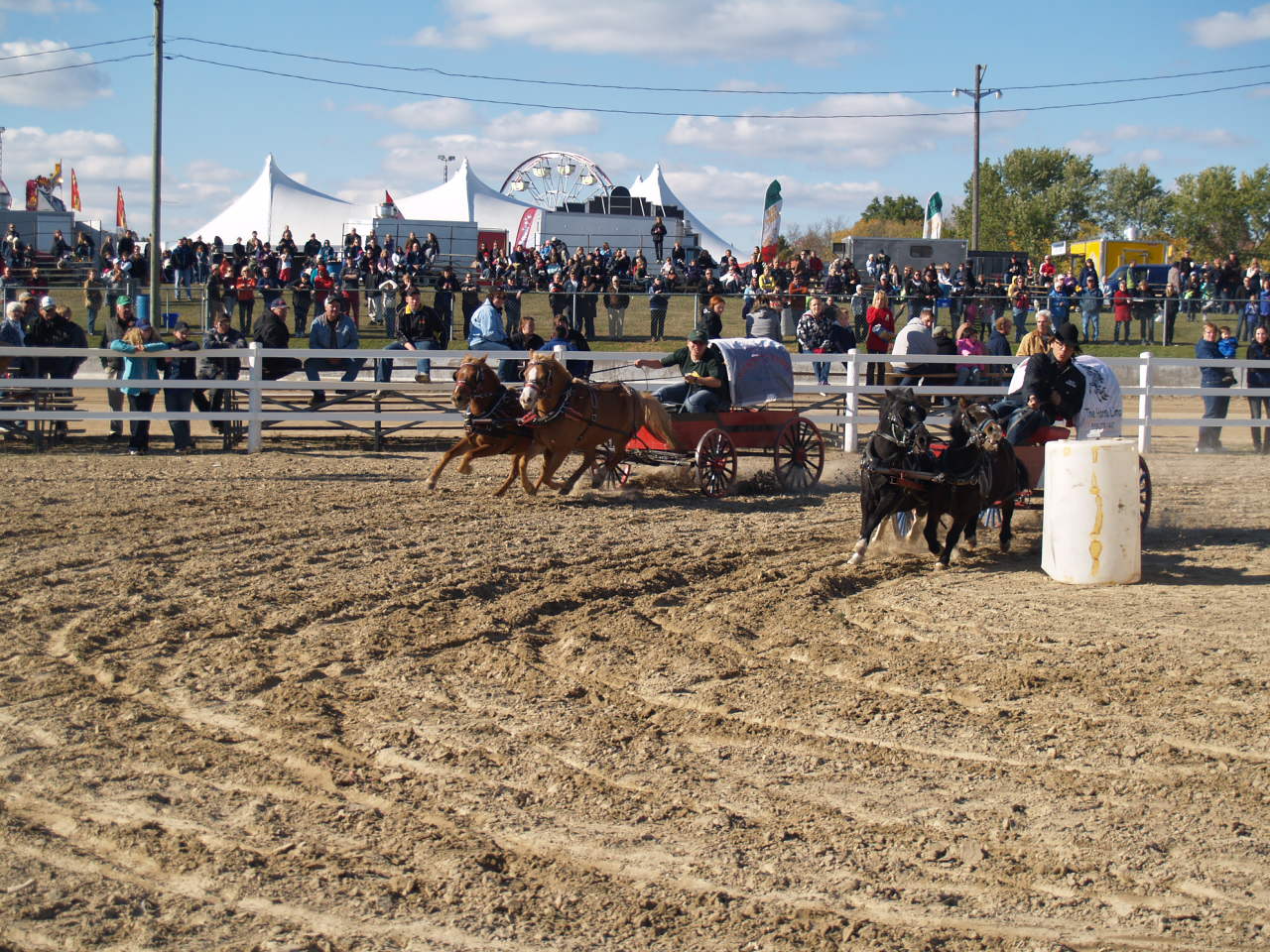 The crowds cheered loudly as the Mini Horse Chuck Wagons tore up the track at the 162nd Erin Fall Fair.  Running Rebels Miniature Horses took the title, while Two Bite Brownies were just a little bit behind! The real crowd pleaser happened during the noon-hour  match between Running Rebels and  the OHHA Standardbred horse.  The Standardbred would not pass the mini team–to the delight of the audience–apparently no-one has told these little horses that they are a little bit smaller!

The Equine Tent Stable Hands, an amazing group of volunteers and folks who just can’t seem to get enough of the 4-legged wonders, showed up each day of the Fair–on Saturday when it was wet and windy, Sunday when it was cool and  cloudy, and finally sunny and cool on Thanksgiving Monday--to meet and greet the over 25,000 + visitors who came to the Erin Fair.  Live horses including the Mini Horses and Mini Donkeys, Paint, Welsh Pony, Draft, Quarter-horse, Arab, Standardbred and Icelandic were in the Equine Tent all weekend — adding an authenticity and definite horse-sense to this educational and fun  ‘hands-on horse experience’.

See you at the Erin Fair in 2013—-get your bets on the Mini Chuck Wagon Races started now!